Get Front-End Test Coverage with Cypress 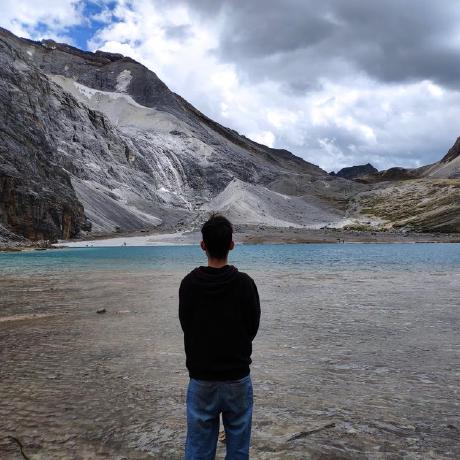 In the article "Stable Product Delivery with Cypress", we discussed why we chose Cypress as our E2E testing framework. After spending nearly two months refining the test cases, we needed test coverage to quantify whether the test coverage was sufficient. This article will describe how to get APISIX Dashboard front-end E2E coverage using Cypress.

What is code coverage?

Code coverage is a metric in software testing that describes the proportion and extent to which the source code in a program is tested, and the resulting proportion is called code coverage. Test code coverage reflects the health of the code to a certain extent.

To collect test coverage data, we need to put some probes in the original business code for Cypress to collect the data.

Cypress officially recommends two approaches, the first is to generate a temporary directory via nyc and run the code that has been written to the probe to collect test coverage data. The second way is to do the code conversion in real time through the code conversion pipeline, which eliminates the hassle of temporary folders and makes collecting test coverage data relatively refreshing. We choose the second way to collect front-end E2E coverage. 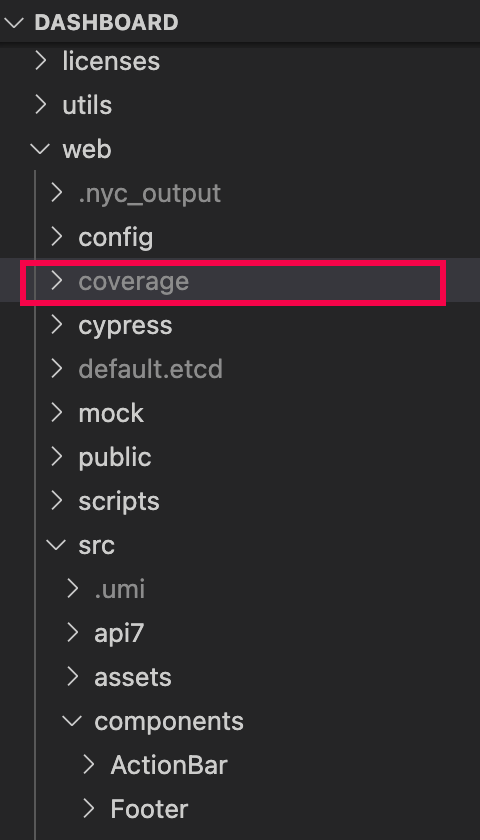 The test coverage information will appear in the console after executing the following command.

Under the coverage directory, a more detailed report page will be available, as shown here. 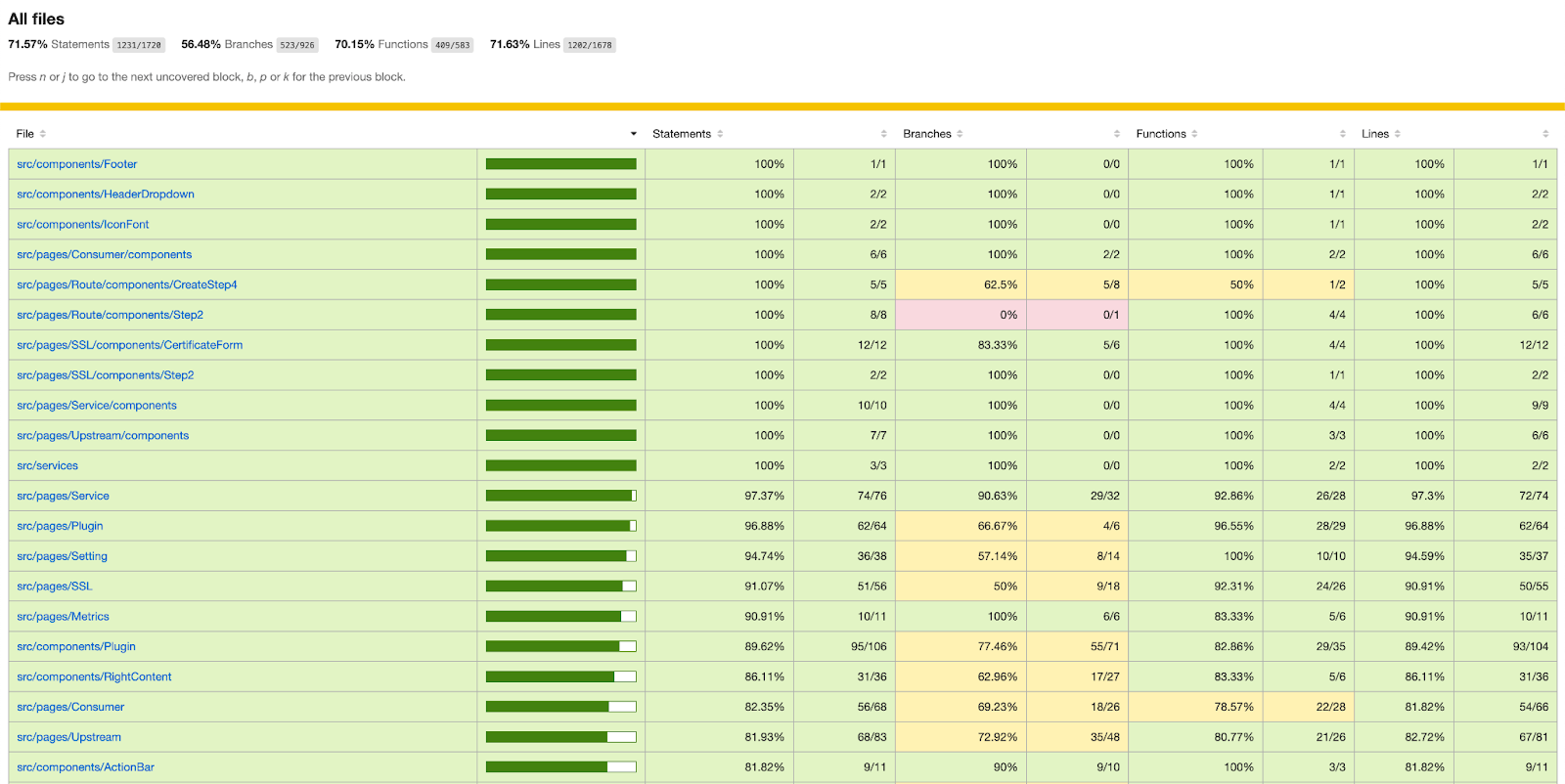